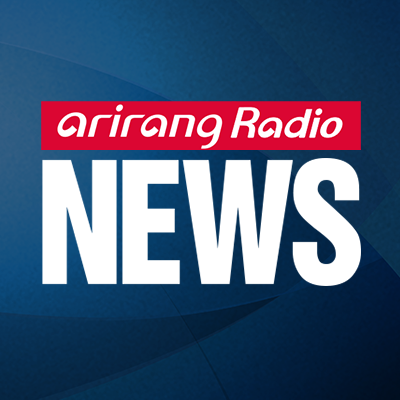 Translated by kakao i

This is Key Kim

We start with the top headlines at this hour.

South Korea was hit with another substantial spike in new COVID-19 infections Thursday,... with 700 confirmed within a single 24 hour period.

The daily tally marks the highest count of confirmed cases in South Korea in 91 days, or since early January.

Officials are now admitting a fourth wave -- something that's been forecast for weeks -- might be around the corner.

674 of Thursday's cases were local transmissions.

Daejeon, a city in the center of the country, confirmed 25.

A cluster from an entertainment facility in Busan has now seen 302 linked infections, with a traveling church group becoming the source of 201.

In response, the South Korean government on Friday will announce new measures in a bid to stem the spread.

The European Medicines Agency announced on Wednesday that it had found a possible link between AstraZeneca's COVID-19 vaccine,... and reports of blood clots in people who received the jabs.

Despite the proof of blood clotting caused by the vaccine,... the executive director of the EMA stressed that the vaccine has proved to be highly effective and is saving lives,... reiterating that the benefits outweigh the risks.

However, some countries, including the UK, are making changes to their vaccine guidelines.

The UK government on Wednesday is now recommending that people aged 18 to 29 be offered alternative jabs.

According to the UK's Joint Committee on Vaccination and Immunization,... those under the age of 30 should be offered either Pfizer or Moderna vaccines as an alternative,... but has not advised against the use of the AstraZeneca vaccine for any other age groups.

Belgium, on the other hand, has restricted the use of the AstraZeneca vaccine to those under the age of 55.

Despite the recent announcement by the EMA,... the WHO says based on current information,... a causal relationship between AstraZeneca's vaccine and the occurrence of blood clotting is considered plausible,... but not confirmed.

The new mayors of Seoul and Busan have been decided.

The main opposition People Power Party swept to victories in both cities in Wednesday's by-elections.

In Seoul, Oh Se-hoon of the PPP garnered 57-point-5 percent of the vote,.. easily beating the ruling DP's candidate, Park Young-sun, who could only muster 39-point-2 percent.

Oh, a former Seoul mayor, delivered his victory speech,...shortly after the exit poll results came out, and some 10 years after he resigned from the position,…over the then-controversial free school meal plan.

In Busan,…the PPP's Park Heong-joon defeated his rival Kim Young-choon of the DP,...in an even bigger landslide than that of Oh and Park -- at 62-point-7 percent to 34-point-4 percen

The new mayors will serve until June 2022.

The U.S. is prepared to consider diplomacy with North Korea IF the North works toward denuclearization,... reiterating the Biden administration's stance.

Speaking at a briefing on Wednesday, White House press secretary Jen Psaki said Washington has "a clear objective as it relates to North Korea, which is denuclearization on the Korean Peninsula."

She also added the U.S. is continuing to enforce sanctions and consulting with its allies.

But she declined to comment on reports this week about activity at a North Korean shipyard... which observers note could be a part of preparations for a submarine-launched ballistic missile test.

}Also on Wednesday, the Pentagon further reaffirmed that the U.S. goal is still the denuclearization of North Korea.

Pentagon spokesperson John Kirby said that the Biden administration is reviewing how to reach that goal and that it will be achieved through close discussions with Seoul.

Kirby said this while highlighting the importance of South Korea-U.S. military exercises.

South Korea's economy in 2020 ranked tenth in the world,… despite the COVID-19 pandemic.

According to the Ministry of Economy and Finance on Wednesday,… the country last year climbed up two ranks from 2019, surpassing Brazil and Russia.

The top positions were once again held by the United States, China, Japan, and Germany.

Among the G20 members,… the IMF has projected that eight countries, including South Korea, will recover to pre-pandemic GDP levels this year.

South Korean stocks closed higher than the day before.

Thursday will be pleasant with plenty of sunshine and normal to good quality nationwide. Temperatures will rise fast with sunshine hovering in the upper teens. Gwangju and Daejeon will get up to 19 this afternoon.

Much of the same is expected throughout the weekend with wide gaps in the readings of over 10 degrees between lows and highs, then there's rain in store early next week.

The current temperatures are: 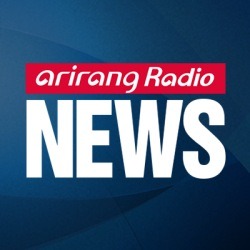